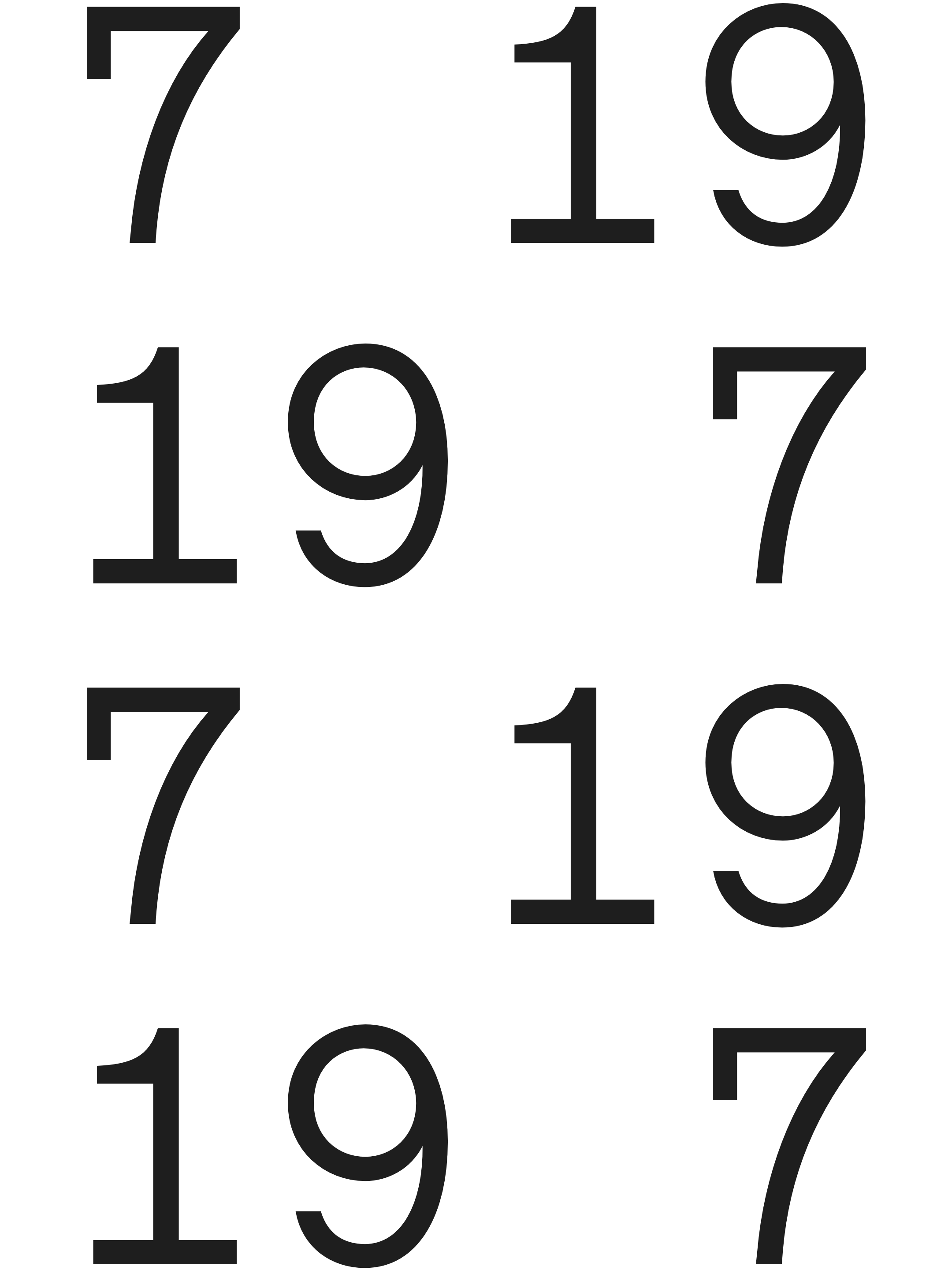 You put 3.40€ on the counter and get a cappuccino for it. To take away. However it’s not your 3.40€, that covers costs like purchases, staff, rent etc. or generates profits. First of all, the state gets something: VAT – value added tax. But how much exactly does the state get from the 3.40€? Well – it depends. You can choose between 19% or 7%. Why is that? Theoretically, that’s why:

In practice, this is a complicated matter. A lot is at stake. Whether 7% or 19% VAT makes a big difference. To be precise, 12%. Of the turnover, not of the profit.

Here’s a little detour on the Value Added Tax Act (UStG), § 12 and appendix 2 (to § 12 paragraph 2 numbers 1, 2, 12, 13 and 14). Because it’s funny, bizarre. Spoiler: It’s not just bizarre. It is also quite sad in terms of climate protection, the environment and animal welfare. But we’ll start with funny and bizarre.

Before that, for those who don’t know, a biology digression into the Equidae family. A horse is a horse. A donkey is a donkey. A mule has a horse for a mum and a donkey for a dad. And a mule is the result of the act of love between a horse stallion and a donkey mare. End of the bio-excursus.

So 0,56€. And if we sell a mule? Then it’s 7%. So only 0,24€. So 0,41€ less. Huh?! Yes. Huh. That’s the law. So if Dad and Mum were a donkey, it’s 19%. But if one parent was a horse and the other was a donkey, it’s 7%. And just to be clear, if mum and dad are both horses, then it’s 19%. But only if they are alive. But if donkey, horse or mule are dead, then it’s 7%. Crabs also have 7%, but crawfish have 19%. And that is regardless of whether they are dead or alive. Yes. Watch out for the sales tax! You have to be careful as hell. Not only with animals. With potatoes too. They’re 7%. And sweet potatoes? 19%. You want more? Fruit salad 7%. Fruit juice 19%. Fruit smoothies? Oh. It’s complicated. That’s one of the big problems of the 21st century. If a smoothie is more like a fruit salad, then it’s 7%. Because it’s a food. Then you’re not consuming the smoothie for fun. Then you consume it for life. But: If it’s more like a fruit juice, then it’s 19%. Because: If you are thirsty, then please drink water. But if you want to drink a fruit juice – I’d love to – but then it’s not really food. Then the smoothie is also 19%. Because then you’re not drinking for life. But because you are a hedonist. Or a hedonist. Aren’t you? But you want to know more about the VAT law? For fun? I’d love to: Orthopaedic crutches: 7%. But – and this is important: If you have to replace the rubber thingy at the bottom of the crutch because you use it a lot and the rubber thingy has expired, then it’s not 7% VAT for the rubber thingy. That would be something! It’s 19%. All that stuff and much more is in the law. Right there: Value Added Tax Act (Umsatzsteuergesetz, UStG), Annex 2 (to § 12 paragraph 2 numbers 1, 2, 12, 13 and 14). This is the responsibility of the girls and boys who we help to get a seat in the Bundestag every few years with our cross on a piece of paper.

What do they actually do in Berlin? In 1976, the distinction between standard tax rate and reduced VAT rate was born. The idea was: food should be available to everyone. Then there was a lot of fiddling around.

For example, in 2006, in the Merkel I Cabinet, Grand Coalition, there was a major change to Annex 2. The German Bundestag rightly decided: oysters are no longer subject to the reduced VAT rate with immediate effect. But guinea fowl will be subject to 7% from now on. A jolt went through the country. After further minor changes, the time had finally come: in 2012, in the black-yellow Merkel II cabinet, horses were removed from Annex 2. About time. From then on, Bavarian mules were subject to the reduced VAT rate of 7%, but not East Prussian warmbloods.

The whole legislation has grown so confused that numerous court cases are and were pending and the Federal Ministry of Finance had to spell out the legal facts several times.

But it could be simpler and fairer. In the coalition agreement between the FDP and the CDU (2009), a great deal was decided. The question of what is subject to the reduced and non-reduced VAT rate was to be adapted to modern times and simplified. The 460-page expert report commissioned by the BMF, “Analysis and Evaluation of the Structures of Standard and Reduced Rates in Turnover Taxation from a Social, Economic, Tax and Budgetary Point of View“, made – somewhat abbreviated – a simple proposal: food 7%. Everything else standard tax rate. Annex 2 and other excesses could be abolished.

But nothing came of it. Zlatan (name changed by me, wishes to remain anonymous) played a leading role in the attempt to redesign the system in 2009. But as I said, although it was in the coalition agreement, nothing came of it. Zlatan’s assessment: The lobby did a good job and prevented a redesign. One should take a look at § 12 and Annex 2. It’s all very lobby-heavy. The logic of “only food at 7%” would even have resulted in additional tax revenues of 9 billion euros. But this additional revenue would have been to the disadvantage of a very strong lobby. So the decision was made: Better no 9 billion euros more in taxes, but no stress with the lobby. According to Zlatan.

Detour to one of Zlatan’s current ideas. Zlatan also told me that probably the best idea would be: Everything 19%. That’s it. Then everything is clear and there are no unnecessary court cases. But then the population would have to reckon with higher final prices. Therefore, to compensate for this, every citizen should receive a capitation fee. Something like a mini basic income. For food. And adjust it so that in the end it is a zero-sum game for the state. The problem is: how can you give all citizens a capitation payment? Sending cash or cheques is not so easy. His idea is: via the health insurance companies. Everyone has health insurance. The contributions could be reduced by a lump sum for everyone. And the health insurers would be reimbursed by the state for this flat rate. That would be the end of two VAT rates. And the end of countless problems and court cases. And that is the end of the detour on Zlatan’s idea.

To have or not to have?

And hey! That’s quite a difference between cow and oats. For us, the difference is a proud 0.41€. In concrete terms, that’s 0.41€ less profit for oats. Per drink. A question of having or not having. That adds up. Take a look at our April 2021 figures for so called milk based drinks and how-milkbased-drinks-will-be-taxed-with-oat-milk-table:

That’s €1,731 more. Every month. And there is a clear upward trend here. More and more people want oats. But the current VAT law is such that – from an entrepreneurial point of view – we should actually work against this development. We should always prefer the cow to the oats.

To ask or not to ask?

The obvious one for us would be: We no longer use oat milk from now on. At least we hide it and only give it out when explicitly asked.

Because: We would be pretty stupid if we asked every customer when ordering: “With oat milk or with cow’s milk?”. If you actually wanted a cow cap and – because we ask so stupidly – the person then decides for oats, SUEDHANG directly loses 0.41€. That’s 19% instead of 7% VAT.

But we like to be stupid here. Our instruction to all our employees is: If you don’t know what the customer wants to drink, ask explicitly whether it is cow or oat for them. Because it’s important to us.

​To pass on or not to pass on?

For us, oats and cow cost the same. Because we want to give our customers a real choice. And it is not a real choice if the variant with oats is more expensive.

This website uses cookies to enable certain functions and a user-oriented and statistical purposes. Of those only cookies that are absolutely necessary for providing user functionality are saved in your browser.
We also make use of cookies of third party suppliers that help us analyse and understand the manner in which you use this site. Those cookies are saved in your browser only with your consent. You have the option of accepting or rejecting these cookies. If you reject some of these it may have effects on your surfing habits
Necessary Always Enabled
Necessary cookies are absolutely essential for the website to function properly. This category only includes cookies that ensures basic functionalities and security features of the website. These cookies do not store any personal information.
Functional
Functional cookies help to perform certain functionalities like sharing the content of the website on social media platforms, collect feedbacks, and other third-party features.
Analytical
Analytical cookies are used to understand how visitors interact with the website. These cookies help provide information on metrics the number of visitors, bounce rate, traffic source, etc.
SAVE & ACCEPT
Powered by